You are currently viewing the UK version of the WPL website

WPL will interpret Your compliance with these Terms in its sole discretion. WPL may modify or terminate Your permission to display or use the WPL Brand Assets at any time. WPL grant of permission at one point does not prevent WPL from revoking those permissions at a later point.

If granted permission to use WPL Brand Assets, you will do so in accordance with WPL’s full terms and conditions.

British Water’s focus group on packaged treatment plants (PTPs) is changing its remit – and its name. Historically the main focus of the technical group, which was set up over a decade ago, was wastewater treatment plants up to 50 population equivalent (PE). The group will now fully include wastewater systems up to 1,000 PE.

Convenor Andrew Baird, who is also technical director at WPL, believes the change is the natural progression for the group to expand its capability. He said, “Changes in the market for packaged wastewater treatment systems mean we want to bring new members into the group.

“We encourage installers, consultants, service providers and manufacturers of larger systems to join. Utilities are finding that the efficiencies packaged wastewater treatment and offsite build can provide are increasingly useful in helping them meet their regulatory targets and we welcome them as members too.”

The change improves synergy with British Water’s Flows & Loads guidance for wastewater treatment systems, which is written by the group and already covers plants up to 1,000 PE.

Baird says that the Wastewater Treatment Plant (WwTP) Focus Group, as it is now called, will encourage all its members to become more proactive in lobbying government legislation through the Environment Agency (EA), Scottish Environmental Protection Agency and Natural Resources Wales. The group has worked closely with the EA over the last 12 months running open days and training events and Baird believes this is the ideal opportunity to build on the influence British Water has in order to improve standards.

“Outputs from the focus groups can be particularly useful in advising governments and regulatory bodies about new standards and legislation. Such collaboration can also help deliver consistency across the four countries of the UK.” 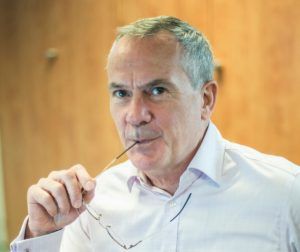 WPL Technical Director, Andrew Baird is the convenor of British Waters’ PTP Focus Group, which has been formed to provide input to the continued development of British and European Standards. Andrew is also a member of the British Standards Institute (BSI) committee on wastewater treatment plants. As a British Water’s representative in Working Group 41, he will help shape two British Standards (BS) that will also contribute to European Norms (EN).

Get Social With Us